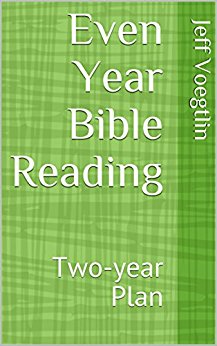 PE. Thy testimonies are wonderful: therefore doth my soul keep them. The entrance of thy words gives light; it gives understanding unto the simple. I opened my mouth, and panted: for I longed for thy commandments. Look thou upon me, and be merciful unto me, as thou usest to do unto those that love thy name. Order my steps in thy word: and let not any iniquity have dominion over me. Deliver me from the oppression of man: so will I keep thy precepts. Make thy face to shine upon thy servant; and teach me thy statutes. Rivers of waters run down my eyes, because they keep not thy law.

TZADDI. Righteous art thou, O LORD, and upright are thy judgments. Thy testimonies that thou hast commanded are righteous and very faithful. My zeal has consumed me, because my enemies have forgotten thy words. Thy word is very pure: therefore thy servant loves it. I am small and despised: yet do not I forget thy precepts. Thy righteousness is an everlasting righteousness, and thy law is the truth. Trouble and anguish have taken hold on me: yet thy commandments are my delights. The righteousness of thy testimonies is everlasting: give me understanding, and I shall live.

After this I beheld, and, lo, a great multitude, which no man could number, of all nations, and kindreds, and people, and tongues, stood before the throne, and before the Lamb, clothed with white robes, and palms in their hands; And cried with a loud voice, saying, Salvation to our God which sitteth upon the throne, and unto the Lamb. And all the angels stood round about the throne, and about the elders and the four beasts, and fell before the throne on their faces, and worshipped God, Saying, Amen: Blessing, and glory, and wisdom, and thanksgiving, and honour, and power, and might, be unto our God for ever and ever. Amen.

And one of the elders answered, saying unto me, What are these which are arrayed in white robes? and whence came they? And I said unto him, Sir, thou knowest. And he said to me, These are they which came out of great tribulation, and have washed their robes, and made them white in the blood of the Lamb. Therefore are they before the throne of God, and serve him day and night in his temple: and he that sitteth on the throne shall dwell among them. They shall hunger no more, neither thirst any more; neither shall the sun light on them, nor any heat. For the Lamb which is in the midst of the throne shall feed them, and shall lead them unto living fountains of waters: and God shall wipe away all tears from their eyes.

And when he had opened the seventh seal, there was silence in heaven about the space of half an hour.

And I saw the seven angels which stood before God; and to them were given seven trumpets. And another angel came and stood at the altar, having a golden censer; and there was given unto him much incense, that he should offer it with the prayers of all saints upon the golden altar which was before the throne. And the smoke of the incense, which came with the prayers of the saints, ascended up before God out of the angel’s hand. And the angel took the censer, and filled it with fire of the altar, and cast it into the earth: and there were voices, and thunderings, and lightnings, and an earthquake. And the seven angels which had the seven trumpets prepared themselves to sound.

The first angel sounded, and there followed hail and fire mingled with blood, and they were cast upon the earth: and the third part of trees was burnt up, and all green grass was burnt up.

The proverbs of Solomon.

A wise son makes a glad father: but a foolish son is the heaviness of his mother.

Treasures of wickedness profit nothing: but righteousness delivers from death.

The LORD will not suffer the soul of the righteous to famish: but he casts away the substance of the wicked.

He becomes poor that deals with a slack hand: but the hand of the diligent makes rich.

He that gathers in summer is a wise son: but he that sleeps in harvest is a son that causes shame.

Blessings are upon the head of the just: but violence covers the mouth of the wicked.

The memory of the just is blessed: but the name of the wicked shall rot.

The wise in heart will receive commandments: but a prating fool shall fall.

He that walks uprightly walks surely: but he that perverts his ways shall be known.

He that winks with the eye causes sorrow: but a prating fool shall fall.

The mouth of a righteous man is a well of life: but violence covers the mouth of the wicked.

Hatred stirs up strifes: but love covers all sins.

Wise men lay up knowledge: but the mouth of the foolish is near destruction.

The rich man’s wealth is his strong city: the destruction of the poor is their poverty.

The labor of the righteous tends to life: the fruit of the wicked to sin.

He is in the way of life that keeps instruction: but he that refuses reproof errs.

He that hides hatred with lying lips, and he that utters a slander, is a fool.

In the multitude of words there wants not sin: but he that refrains his lips is wise.

The tongue of the just is as choice silver: the heart of the wicked is little worth.

The lips of the righteous feed many: but fools die for want of wisdom.

The blessing of the LORD, it makes rich, and he adds no sorrow with it.

It is as sport to a fool to do mischief: but a man of understanding has wisdom.

The fear of the wicked, it shall come upon him: but the desire of the righteous shall be granted.

As the whirlwind passes, so is the wicked no more: but the righteous is an everlasting foundation.

As vinegar to the teeth, and as smoke to the eyes, so is the sluggard to them that send him.

The fear of the LORD prolongs days: but the years of the wicked shall be shortened.

The hope of the righteous shall be gladness: but the expectation of the wicked shall perish.

The way of the LORD is strength to the upright: but destruction shall be to the workers of iniquity.

The righteous shall never be removed: but the wicked shall not inhabit the earth.

The mouth of the just brings forth wisdom: but the froward tongue shall be cut out.

The lips of the righteous know what is acceptable: but the mouth of the wicked speaks frowardness.