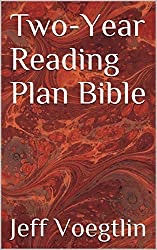 Yet they tempted and provoked the most high God, and kept not his testimonies: but turned back, and dealt unfaithfully like their fathers: they were turned aside like a deceitful bow. For they provoked him to anger with their high places, and moved him to jealousy with their graven images. When God heard this, he was wroth, and greatly abhorred Israel: so that he forsook the tabernacle of Shiloh, the tent which he placed among men; and delivered his strength into captivity, and his glory into the enemy’s hand. He gave his people over also unto the sword; and was wroth with his inheritance. The fire consumed their young men; and their maidens were not given to marriage. Their priests fell by the sword; and their widows made no lamentation.

Then the Lord awaked as one out of sleep, and like a mighty man that shouts by reason of wine. And he smote his enemies in the hinder parts: he put them to a perpetual reproach. Moreover he refused the tabernacle of Joseph, and chose not the tribe of Ephraim: but chose the tribe of Judah, the mount Zion which he loved. And he built his sanctuary like high palaces, like the earth which he has established for ever. He chose David also his servant, and took him from the sheepfolds: from following the ewes great with young he brought him to feed Jacob his people, and Israel his inheritance. So he fed them according to the integrity of his heart; and guided them by the skillfulness of his hands.

So all Israel were reckoned by genealogies; and, behold, they were written in the book of the kings of Israel and Judah, who were carried away to Babylon for their transgression.

And of the Levites; Shemaiah the son of Hasshub, the son of Azrikam, the son of Hashabiah, of the sons of Merari; And Bakbakkar, Heresh, and Galal, and Mattaniah the son of Micah, the son of Zichri, the son of Asaph; And Obadiah the son of Shemaiah, the son of Galal, the son of Jeduthun, and Berechiah the son of Asa, the son of Elkanah, that dwelt in the villages of the Netophathites. And the porters were, Shallum, and Akkub, and Talmon, and Ahiman, and their brethren: Shallum was the chief; Who hitherto waited in the king’s gate eastward: they were porters in the companies of the children of Levi. And Shallum the son of Kore, the son of Ebiasaph, the son of Korah, and his brethren, of the house of his father, the Korahites, were over the work of the service, keepers of the gates of the tabernacle: and their fathers, being over the host of the LORD, were keepers of the entry. And Phinehas the son of Eleazar was the ruler over them in time past, and the LORD was with him. And Zechariah the son of Meshelemiah was porter of the door of the tabernacle of the congregation. All these which were chosen to be porters in the gates were two hundred and twelve. These were reckoned by their genealogy in their villages, whom David and Samuel the seer did ordain in their set office. So they and their children had the oversight of the gates of the house of the LORD, namely, the house of the tabernacle, by wards. In four quarters were the porters, toward the east, west, north, and south. And their brethren, which were in their villages, were to come after seven days from time to time with them. For these Levites, the four chief porters, were in their set office, and were over the chambers and treasuries of the house of God.

And they lodged round about the house of God, because the charge was upon them, and the opening thereof every morning pertained to them. And certain of them had the charge of the ministering vessels, that they should bring them in and out by tale. Some of them also were appointed to oversee the vessels, and all the instruments of the sanctuary, and the fine flour, and the wine, and the oil, and the frankincense, and the spices. And some of the sons of the priests made the ointment of the spices. And Mattithiah, one of the Levites, who was the firstborn of Shallum the Korahite, had the set office over the things that were made in the pans. And other of their brethren, of the sons of the Kohathites, were over the shewbread, to prepare it every sabbath. And these are the singers, chief of the fathers of the Levites, who remaining in the chambers were free: for they were employed in that work day and night. These chief fathers of the Levites were chief throughout their generations; these dwelt at Jerusalem.

And in Gibeon dwelt the father of Gibeon, Jehiel, whose wife’s name was Maachah: And his firstborn son Abdon, then Zur, and Kish, and Baal, and Ner, and Nadab, And Gedor, and Ahio, and Zechariah, and Mikloth. And Mikloth begat Shimeam. And they also dwelt with their brethren at Jerusalem, over against their brethren. And Ner begat Kish; and Kish begat Saul; and Saul begat Jonathan, and Malchishua, and Abinadab, and Eshbaal. And the son of Jonathan was Meribbaal: and Meribbaal begat Micah. And the sons of Micah were, Pithon, and Melech, and Tahrea, and Ahaz. And Ahaz begat Jarah; and Jarah begat Alemeth, and Azmaveth, and Zimri; and Zimri begat Moza; And Moza begat Binea; and Rephaiah his son, Eleasah his son, Azel his son. And Azel had six sons, whose names are these, Azrikam, Bocheru, and Ishmael, and Sheariah, and Obadiah, and Hanan: these were the sons of Azel.

Now the Philistines fought against Israel; and the men of Israel fled from before the Philistines, and fell down slain in mount Gilboa. And the Philistines followed hard after Saul, and after his sons; and the Philistines slew Jonathan, and Abinadab, and Malchishua, the sons of Saul. And the battle went sore against Saul, and the archers hit him, and he was wounded of the archers. Then said Saul to his armourbearer, Draw thy sword, and thrust me through therewith; lest these uncircumcised come and abuse me. But his armourbearer would not; for he was sore afraid. So Saul took a sword, and fell upon it. And when his armourbearer saw that Saul was dead, he fell likewise on the sword, and died. So Saul died, and his three sons, and all his house died together. And when all the men of Israel that were in the valley saw that they fled, and that Saul and his sons were dead, then they forsook their cities, and fled: and the Philistines came and dwelt in them.

And it came to pass on the morrow, when the Philistines came to strip the slain, that they found Saul and his sons fallen in mount Gilboa. And when they had stripped him, they took his head, and his armour, and sent into the land of the Philistines round about, to carry tidings unto their idols, and to the people. And they put his armour in the house of their gods, and fastened his head in the temple of Dagon.

And when all Jabeshgilead heard all that the Philistines had done to Saul, They arose, all the valiant men, and took away the body of Saul, and the bodies of his sons, and brought them to Jabesh, and buried their bones under the oak in Jabesh, and fasted seven days.

So Saul died for his transgression which he committed against the LORD, even against the word of the LORD, which he kept not, and also for asking counsel of one that had a familiar spirit, to enquire of it; And enquired not of the LORD: therefore he slew him, and turned the kingdom unto David the son of Jesse.

The wicked flee when no man pursues: but the righteous are bold as a lion.

For the transgression of a land many are the princes thereof: but by a man of understanding and knowledge the state thereof shall be prolonged.

A poor man that oppresses the poor is like a sweeping rain which leaves no food.

They that forsake the law praise the wicked: but such as keep the law contend with them.

Evil men understand not judgment: but they that seek the LORD understand all things.

Better is the poor that walks in his uprightness, than he that is perverse in his ways, though he be rich.

Whoso keeps the law is a wise son: but he that is a companion of riotous men shames his father.

He that by usury and unjust gain increases his substance, he shall gather it for him that will pity the poor.

He that turns away his ear from hearing the law, even his prayer shall be abomination.

Whoso causes the righteous to go astray in an evil way, he shall fall himself into his own pit: but the upright shall have good things in possession.

The rich man is wise in his own conceit; but the poor that has understanding searches him out.

When righteous men do rejoice, there is great glory: but when the wicked rise, a man is hidden.

He that covers his sins shall not prosper: but whoso confesses and forsakes them shall have mercy.

Happy is the man that fears alway: but he that hardens his heart shall fall into mischief.

As a roaring lion, and a ranging bear; so is a wicked ruler over the poor people.

The prince that wants understanding is also a great oppressor: but he that hates covetousness shall prolong his days.

A man that does violence to the blood of any person shall flee to the pit; let no man stay him.

Whoso walks uprightly shall be saved: but he that is perverse in his ways shall fall at once.

He that tills his land shall have plenty of bread: but he that follows after vain persons shall have poverty enough.

A faithful man shall abound with blessings: but he that makes haste to be rich shall not be innocent.

To have respect of persons is not good: for for a piece of bread that man will transgress.

He that hastens to be rich has an evil eye, and considers not that poverty shall come upon him.

He that rebukes a man afterwards shall find more favor than he that flatters with the tongue.

Whoso robs his father or his mother, and says, It is no transgression; the same is the companion of a destroyer.

He that is of a proud heart stirs up strife: but he that puts his trust in the LORD shall be made fat.

He that trusts in his own heart is a fool: but whoso walks wisely, he shall be delivered.

He that gives unto the poor shall not lack: but he that hides his eyes shall have many a curse.

When the wicked rise, men hide themselves: but when they perish, the righteous increase.